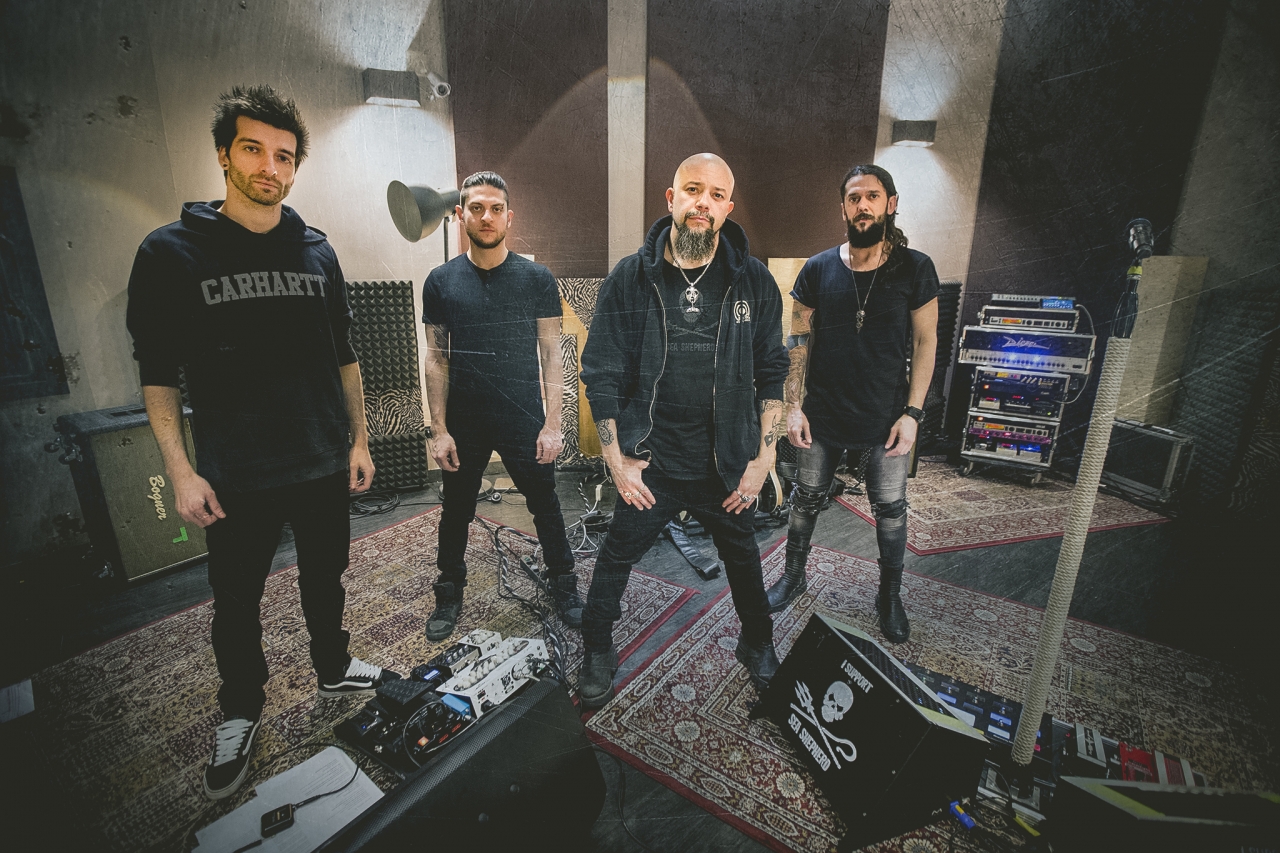 Despite all the prejudices around alternative metal world, KLOGR are the perfect example of a band that always knew how to conquer and make its crowd faithful.
With the upcoming full-length, “Keystone”, the band lives up to its name and comes back on the scene with an impeccable album, cared to the smallest details and full of overtones.

Following the last album “Black Snow”, Klogr take forward their ideals, giving voice to social and environmental critical themes: “Man proclaimed himself the “Keystone” of our system but he is just a guest, a not-essential animal. Without a lot of underestimated living beings, like bees, the cycle of nature would suffer serious damages. The earth without human beings could exist, human beings without the earth, no” comments Rusty, mastermind of the band.

An anthropocentric world, permeated by an individual ego, perfectly represented in the tracks “Pride Before The Fall” and “Dark Tides”, dedicated to the Sea Shepherd friends:
“Dark Tides talks about the underestimated problem of the destruction of the ocean ecosystem due to the uncontrolled exploitation of the resources and the killing of all the natural inhabitants. I shudder when I think to the vastness of the ocean and what men did in the past ten years, emptying it from almost every living being” says Rusty.

After the joining of Pietro Quilichini at guitar in 2014 and the release in 2015 of “Make Your Stand” EP, things have changed radically.
Pietro’s arrival brought new energy to the project and also an important synergy between him and Rusty. This balance is perceived in the twelve album tracks in an alternation of heavy riffs and more melodic and introspective openings.

The song “Drag Your Back” sees the two band members sharing a difficult moment of their lives, exorcising it together through music:
“Maybe for a man, one of the most difficult thing is to accept the death, but when it comes in early age is worst. Exorcise these things through music is a cure…. even if it is not a definitive solution” says Rusty.

For “Keystone”, KLOGR decided to rely on the musical expertise and sensitivity of David Bottril (Peter Gabriel, Kid Rock, Smashing Pumpkins, Tool), experimenting solutions never explored before, that gave the album a simply unique taste.
“We decided to work with a producer like David to reach a turning point in our discography” comments Rusty, “David brought something that was missing in the band, an outside view focused on music and not on what is “trendy”. We entered the studio with him for a month, we worked 14 hours everyday, but with a super passion! We couldn’t be more proud of what we have achieved.”

From their formation in 2011, KLOGR never stopped and conquered international stages supporting bands like Prong and Limp Bizkit. In 2014 the band released a video that shows its intense live experience and condenses the shootings of 23 different shows in just 4 minutes. Klogr are ready to fire up european stages again and, in fall 2017, as opening act of the Finnish THE RASMUS, they will show one more time their uncontrollable power.